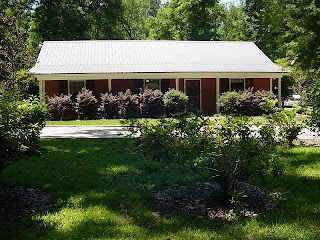 Well after three months of selling home and purchasing another out of state we are finally finding some sort of normalcy. It has not been easy trying to keep the boys on track and minimal school work was established. We took the subjects which I deemed most important and dropped the rest. The boys had sacrificed days off when others were out of school so we wouldn't fall behind. While it was hard for them to be doing school work when their friends were off I explained to them that there would be days when they would not be doing school and their friends would. It was not an easy three months of selling one house and finding a new house in another state. We lived out of our van for those months and lived with my daughter for a month as we waited to close on our new home. Five people in a one bedroom one bathroom house was not the best situation, but we made it through and I thank the Lord for all of his blessings. Moving and homeschooling are not the easiest things to do in the world, but there are other things which are a lot harder.
Posted by Heavenly Bodies at 4:51 PM