What Makes A Great Leader? 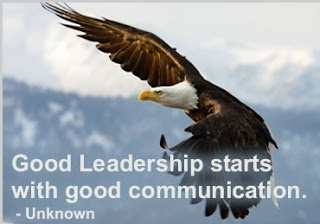 While I was completing my last class (fundamentals of management) I remember reading about how philosophers tried in a variety of ways to determine a good leader. They thought that maybe leaders had a variety of personality traits in common, but as they continued to seek ways in determining a good leader they failed to find any specific common traits. One thing which was determined however was that good leaders had charisma, the ability to get others to listen to what they had to say and then act on it.

While Adolf Hitler committed horrendous acts against humanity he had the ability to communicate and others would listen, this is what made him a good leader. This is not to say that what he did was valid only that because of his ability to communicate effectively he was able to lead others to do what he wanted them to. Martin Luther King Jr was another leader who had this gift and was able to led groups of individuals to also behave in the way he wanted them to. He taught those which he led to be peaceful during their protests so as not to obtain any negative response, while this back fired the individuals which he taught did their best to act accordingly.

You may be wondering where there is leading or have already figured it out, our children need to learn how to communicate effectively in order to become good leaders. This may be in their community, church, school activities, sports and later in their future management positions, politics, business owners, or even as an employee. Communication is an important trait to have no matter what type of leadership role an individual might hold. While this is important to teach to our children the way in which we communicate to others effectively should also be considered. It is for this reason that not only my son but also myself will indulge greatly in the effective art of communication.

My oldest son will be in seventh grade this year and we will be using a book called “Painless Speaking.” We will continue to work on this topic from now until he graduates high school. I already have some other books in mind such as “Communication and Interpersonal Relationships.” Because I have spoken in front of groups before and realize my weaknesses I have started reading a book called “101 Secrets of Highly Effective Speakers Controlling Fear, Commanding Attention” by Caryl Rae Krannich, Ph.D. I had the pleasure of indulging in the library yesterday looking for more material on communication to digest and came across a book called “God Still Speaks A Biblical View of Christian Communication” by Robert E. Webber. While the book is geared towards our greatest commission I feel it still will hold information to be utilized on an ongoing basis.

If anyone has any other reading suggestions on the topic of communication for the youth and or adults please leave your comments.

Painless Speaking
This link will allow you to view the contents and preview some of the book. While it is not stated the age or grade for this book, Rainbow Resource states in their catalog grades 6-12

Communication and Interpersonal Relationships
View contents and one page for this book along with viewing similar books and ratings. Rainbow Resource states that this book may be used with students 7-AD.