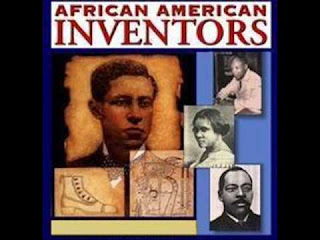 One of the up points of homeschooling for me is to be able to give my children factual information concerning history and science. Especially when it comes to those who have contributed greatly, but are left out of traditional text books.

I knew there were many African Americans who contributed in the way of their inventions. When my daughter was studying inventors we went to the library to look for books. Do you know that not one of them listed any African Americans in them. For instance it was an African American by the name of Garrett Morgan who invented the traffic light along with the gas mask. These are important inventions for the way we live, but very few people know this.

I was also aware that it was African Americans which gave us the comb, vacumn cleaner and the flint utilized in light bulbs today. Today I learned they are also responsible for a variety of contributions concerning the railroad and we owe the cell phone to them as well.

I was going to end, but I have need to encourage you watch the video below to learn about the first female millionaire.


Find out more about African American inventors and their inventions.

Extensive list of links for inventors including African Americans

The importance of studying black inventors and article and activity.

Another great site with links

Posted by Heavenly Bodies at 8:43 AM