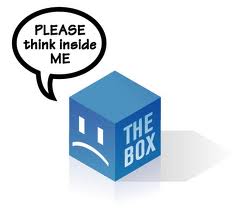 Well, what I decided to do was go to college and get my associates in business. Because my children are my breath I wanted to make sure they had easy access to me and did online college. The teachers ranted and raved on my boys and commented that they had experience with homeschoolers before, but mine were different, it was a good thing. I loved the school, the principle and the staff were amazing, I wish all schools were like Jacks Creek Elementary. The principle was awesome, she knew every child's name, how to deal with them if they got into trouble to make it effective and the type of child they were I never saw the like. It was actually the second year my children were in school that I decided to go back to school and was delighted when Brett was in second grade won the Principle Award. Yes, it is strange that they actually issued this type of award, but oh well.

The third year of their public school education was upon us, it was the end of July, school starts at the beginning of August. I was at the computer working on a school assignment when both of my boys approached me saying, "We don't want to go to school anymore, we want to be homeschooled again." They stood there pleading with their eyes, please, please, I paused from my assignment, turned to them and said, "Why?' They both had the same response, they did not like the way the other kids talked. I took a deep breath and sighed, I explained to them that I was doing school online and it would be hard for me to school them. I also went to great detail how it would have to be different than before, no homeschool support group, limited outside activities, become independent learners and they agreed.

Okay this is great, I have no curriculum and school is about a week or two away. While I talked with them about waiting until I could get their curriculum the boys have always liked being on the school schedule. Plan B find online resources and use those until the curriculum arrived. That is what I did I found work sheets and for a time that was their curriculum. You would think that two years off of homeschooling would trigger something to stray from traditional schooling, but no I was still stuck in the box. My poor boys dealing with my brained washed way of thinking and dreading history mostly.

So, now Brett is doing third grade work, remember what I said before about building a foundation, and his curriculum consists of every subject he will need for a well rounded education. I look back and feel so bad, here I thought I was the best for my children, but instead was actually torturing them. I did try though I gave Brett a choice of what he wanted to study for both science and history, but he was not thrilled with what I chose. Mind you we started homeschooling in 1997 and it is now 2007 and all my attempts to remove myself from the box failed.

Now it is time for summer break and for me to prepare for the next year. Brandon will be doing 6th grade work and Brett will be doing 4th grade work. Will 2008-2009 be the school year were I finally get out of this box that suffocates my poor children, or will I continue to torture them?

Stay tuned for the ongoing saga of "Out of the Box"

Posted by Heavenly Bodies at 12:03 PM